The Mandarin Model of Growth

This paper expands a standard growth model to analyze the roles played by the government systemin the Chinese economy, with a particular focus to include the agency problem between the central and local governments. The economic tournament among local governors creates career incentives for them to develop local economies. The powerful incentives also lead to short-termist behaviors, which explain a series of challenges that confront the Chinese economy, such as overleverage through shadow banking and unreliable economic statistics.

WEI XIONG is Trumbull-Adams Professor of Finance and Professor of Economics in the Department of Economics and Bendheim Center for Finance, Princeton University. His research interests center on capital market imperfections, behavioral finance, digital economy, and China’s financial system. He has received various awards, including 2018 China Economics Prize, 2014 Inaugural Sun Yefang Financial Innovation Award, 2013 NASDAQ OMX Award by Western Finance Association, and 2012 Smith Breeden Award (first prize) by American Finance Association. He received his Ph.D. in finance from Duke University in 2001, M.A. in physics from Columbia University in 1995, and B.S. in physics from University of Science and Technology of China in 1993. He is Research Associate of the National Bureau of Economic Research and Co-Editor of Journal of Finance (the flagship journal of American Finance Association), as well as Academic Dean of School of Management and Economics, Chinese University of Hong Kong, Shenzhen. 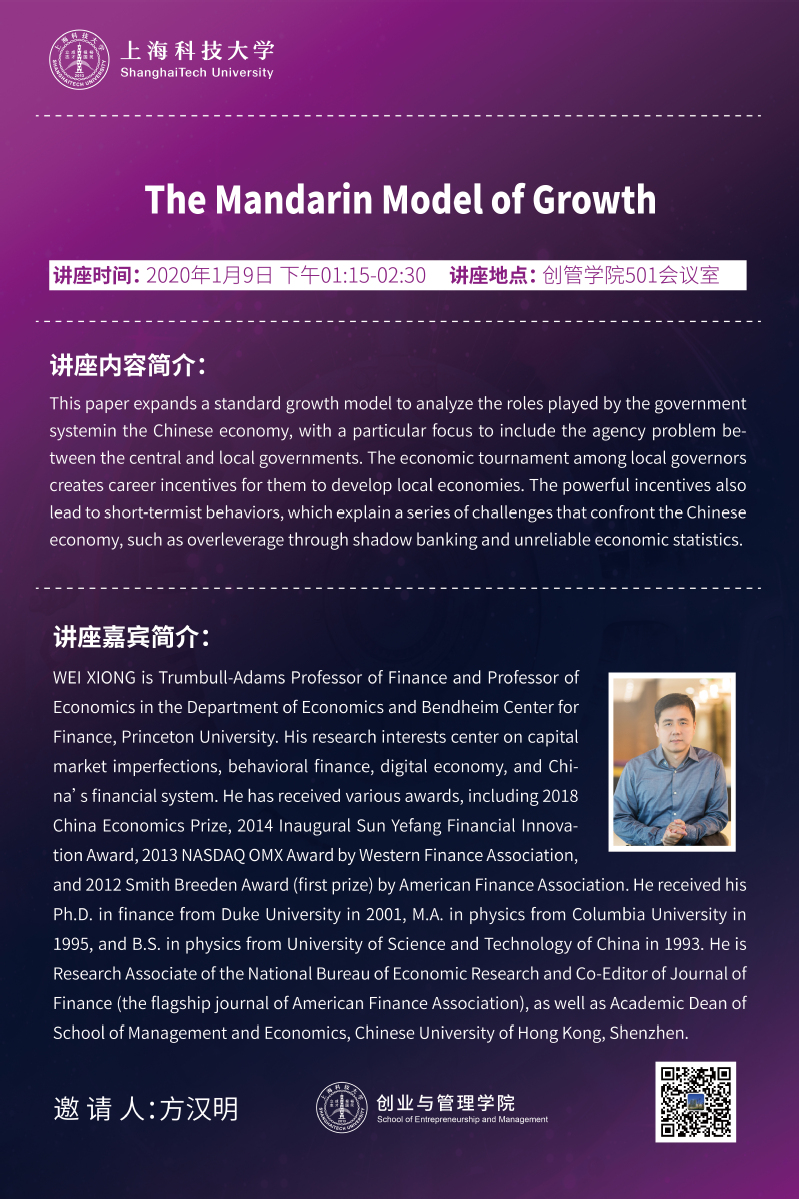