I propose a new behavioral definition of comparative ambiguity aversion, which, in contrast to standard definitions, establishes a separation between ambiguity attitude and risk attitude. Ambiguity attitudes are compared using a notion called matching probability, which reflects how an agent reduces ambiguity to risk. My definition enables well-accepted formal characterizations without requiring the agents under comparison to have the same von Neumann-Morgenstern utility; results are established for a wide range of models, including, in particular, maxmin expected utility (Gilboa and Schmeidler 1989) and the smooth ambiguity model (Klibanoff, Marinacci, and Mukerji 2005). These results naturally point to a decomposition of differences in willingness to pay into a factor attributable to differences in ambiguity attitude, and another to risk attitude. The decomposition is easily implementable and it is free of structural or parametric assumptions. I also use the main idea to formulate and characterize absolute and relative ambiguity attitude in isolation from risk attitude. This paper therefore expands the scope of comparative ambiguity attitudes, which is fundamentally useful for theoretical results as well as for empirical tests.

Wang Fan works in microeconomics with an emphasis on individual decision making. He is a graduating PhD student affiliated with the Department of Economics and Decision Sciences at HEC Paris. In the fall of 2020, he will join the economics department of the French business school ESSEC. Due to his teaching engagements, he will be based mostly in ESSEC's Asia-Pacific campus, located in Singapore. 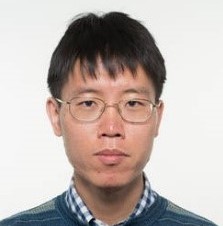