Venue
School of Entrepreneurship and Management

Theme of The Conference

On the government’s agenda, China is at the final stage of fulfilling one of its Two Centenary Goals: i.e. to bring China into “a moderately prosperous society of a higher level” by the time of the Communist Party’s centenary in 2021. To reach this goal, the country is fighting the “three tough battles” – prevention of systematic financial risks, targeted poverty alleviation, and pollution control. In all these fronts, severe and complicated challenges need in-depth, rigorous, and insightful research by economists and business specialists. “China’s Tough Battles: Reform, Stability and Development” is an international conference to address these challenges. The objective of this conference is to present high quality theoretical and empirical academic research on the topics related to the recent business, financial and economic development of China.

The CEA (UK) Advisory Board

The CEA (Europe) Advisory Board

The Chinese Economic Association (UK/Europe) is an independent, not-for-profit research association of scholars, researchers, students and business executives concerned with China's economic development. Its objectives are to advance the knowledge of the general public about economic development in China, and to promote and publish research on the Chinese economy. Activities of the Association include the publication of a quarterly newsletter and occasional discussion papers, and the holding of an annual conference, seminars and workshops. CEA (UK/Europe) encourages research activity and scholarly exchanges between Britain, other European countries and China.

China Economic Association (UK/Europe) was founded in 1988 in London by a group of overseas Chinese economists, some of whom were impactful policy advisors in China’s economic reform-and-opening process in later years. In the past three decades, it has become the largest academic association on studies of the Chinese economy in Europe. CEA holds two conference every year, one in Europe or UK and one in China. ShanghaiTech University is the host of the 2019 CEA’s China Conference.

ShanghaiTech is a young resource-rich university with a modern residential campus in the heart of Shanghai Pudong’s Zhangjiang Hi-Tech Park. With an academic focus on STEAM research, ShanghaiTech is committed to carrying out China’s national development strategy and nurturing the next generation of innovative scientists, inventors and entrepreneurs.

With the backing and support of the Shanghai Municipal Government and China Academy of Science, ShanghaiTech’s five schools and three research institutes seek cutting-edge solutions to address the challenges that China and the world is facing in the fields of energy, material, environment, human health, and artificial intelligence.

ShanghaiTech believes innovation comes from collaboration. Our location a stone's throw away from high-tech R&D labs and the national research facilities of Zhangjiang Hi-Tech Park naturally fosters a collaborative relationship between the university, national research facilities and multi-national industry partners. Through linking innovative research to development and commercialization, ShanghaiTech hopes to play an important role in finding innovative solutions to address China’s most pressing challenges.

·School of Physical Science and Technology

·School of Life Science and Technology

·School of Information Science and Technology

·School of Entrepreneurship and Management

·School of Creativity and Art

School of Entrepreneurship and Management

School of Entrepreneurship and Management is established to meet the needs of China’s economic transformation, and to lead the new era of growth based on innovation and entrepreneurship. SEM is neither a traditional business school, nor a typical school of finance; she is a brand-new, forward-looking school that specializes in entrepreneurship and management. Our mission is to nurture the managerial talents to serve the real economy, and to launch top-notch innovators into successful entrepreneurs.

Currently, SEM mainly serves ShanghaiTech’s undergraduate and graduate students majoring in science and technology (including life sciences, material sciences and information sciences). SEM’s unique curriculum is aimed to develop the students’ technological expertise, to enlighten their innovative inspiration, to nurture their management capabilities, to stimulate their leadership potential, and to eventually forge entrepreneurial paths. SEM attempts to make creative design, innovation and entrepreneurship integral components of ShanghaiTech’s cultural DNA. SEM also offers advanced training courses in entrepreneurship and management for researchers in R&D facilities and for small and medium businesses. We believe that these training courses will contribute to the transformation of the Chinese economy into a high-quality growth model mainly driven by innovation and entrepreneurship.

On research, we adhere to the motto of “combining theory with empirical evidence” and the principle of dual excellence in research and teaching. We have built a Research Data Center that houses a large collection of data sets as the backbone for a think tank that specializes in theoretically-oriented empirical research based on big data. The aim is to provide evidence-based strategic policy advice, both for Shanghai and China, in their transition to a high-quality economic growth model driven by innovation and entrepreneurship.

Shanghai Lixin University of Accounting and Finance was established in 1928 by Pan Xulun, an internationally renowned accountant and educator who is known as the “founding father of modern accounting in China”. The university is the home for 20,000 undergraduate and postgraduate students in 17 schools. SLUAF visions itself as a high-quality, application-oriented university of finance and economics with distinctive features.

The Chinese Economists Society (CES) was founded in 1985 at New York City. It is a non-profit professional organization registered in the United States. The aim of the Society is to promote scholarly exchanges among its members and contribute to the advancement and dissemination of economics and management sciences in China.

Over the years, more than 3000 individuals joined the CES from academia, research institutes, and other public or private organizations throughout North America, Asia, Europe, and other parts of the world. CES members have been in leadership positions in government agencies, universities, research institutes, multinational firms, and international institutions including the People’s Bank of China, the World Bank, and IMF. The Society is considered the most influential group that bridges academic exchanges in economics and management sciences between North America and China.

Weiying Zhang is the Sinar Mas Chair Professor of Economics at Peking University’s National School of Development. He is also the chief economist of China Entrepreneurs Forum and the director of the Center for Market and Network Economy of Peking University. Prior to his current role, Zhang served as the head of the Guanghua School of Management at Peking University. Zhang is a frequent media commentator and has appeared in a variety of notable newspapers, including The Wall Street Journal, Financial Times, and The New York Times. In addition to writing for various academic journals, Zhang has authored, coauthored, and edited 18 books. Zhang holds his undergraduate and master’s degree from Northwest University, and his MPhil and PhD from the University of Oxford. Dr. Zhang was the 2014 Dr. Scholl Foundation Visiting Fellow on US-China Relations at the Chicago Council on Global Affairs.

Hongbin Li is the James Liang Director of the China Program at the Stanford Center on Global Poverty and Development, and a Senior Fellow of Stanford Institute for Economic Policy Research (SIEPR). Hongbin Li obtained Ph.D. in economics from Stanford University in 2001 and joined the economics department of the Chinese University of Hong Kong (CUHK), where he became full professor in 2007. He was also one of the two founding directors of the Institute of Economics and Finance at the CUHK. He taught at Tsinghua University in Beijing 2007-2016 and was C.V. Starr Chair Professor of Economics in the School of Economics and Management. He also founded and served as the Executive Associate Director of the China Data Center at Tsinghua. He also co-directs the China Enterprise Survey and Data Center at Wuhan University, which conducts the China Employer-Employee Survey (CEES). 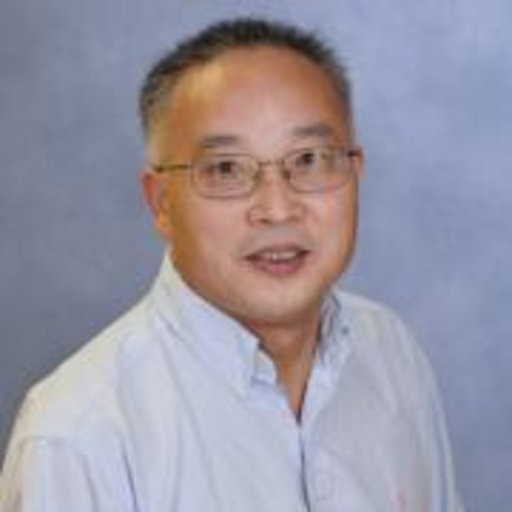 Dr. Zongwu Cai is the Charles Oswald Professor of Econometrics and a Professor of Economics at Department of Economics, The University of Kansas. His research interests include econometrics, quantitative finance, risk management, data-analytic modeling, nonlinear and nonstationary time series, and their applications, and among others. His primary research focuses on developing and justifying econometric methodology and applications in economics and finance. Dr. Cai is extensively recognized internationally for his professional and academic achievements, and he has published more than 100 papers in international journals, including many top journals in economics, finance and statistics. Dr. Cai is the Fellow of the American Statistical Association (ASA). Currently, he is the president of the Chinese Economists Society (CES, 2018-2019). Also, he is serving and served as the Associate Editor and the member of the editorial board for several international journals, including but not limit to, Journal of Business and Economic Statistics. 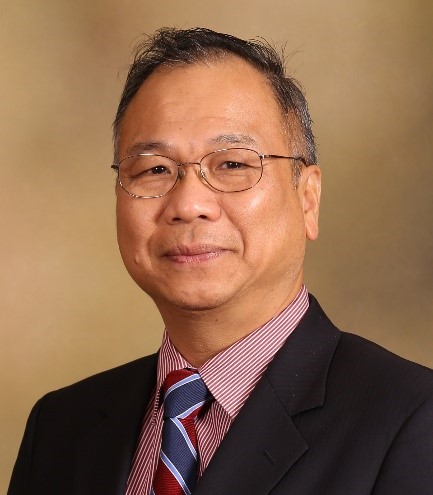 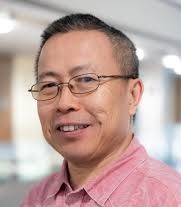 B1 Housing and Labor Markets

B2 Workers’ Age and Health Care

Weiying Zhang (Peking University): The Power of Ideas and the Chinese Economic Reform as an Evolutionary Process

A1 Political Uncertainty and Business  SEM 107

Sophistication and Cautiousness in College Applications

B1 Housing and Labor Markets  SEM 107

Early-Life Experience and Financial Risk Taking: Evidence from the 1959-1961 Famine in China

Induced Medical Demand: Evidence from a Natural Experiment in China

Competition and Quality Gains: New Evidence from the High Speed Rails and Airlines

Does Green Matter? Environmental Management and Firm Performance in China

The Gravity of Intermediate Inputs in Productivity Spillovers: Evidence from Foreign Direct Investment in China

Impact of Short Selling on the Chinese Stock Mispricing

Idiosyncratic Volatility Spread and the Cross-Section of Stock Returns 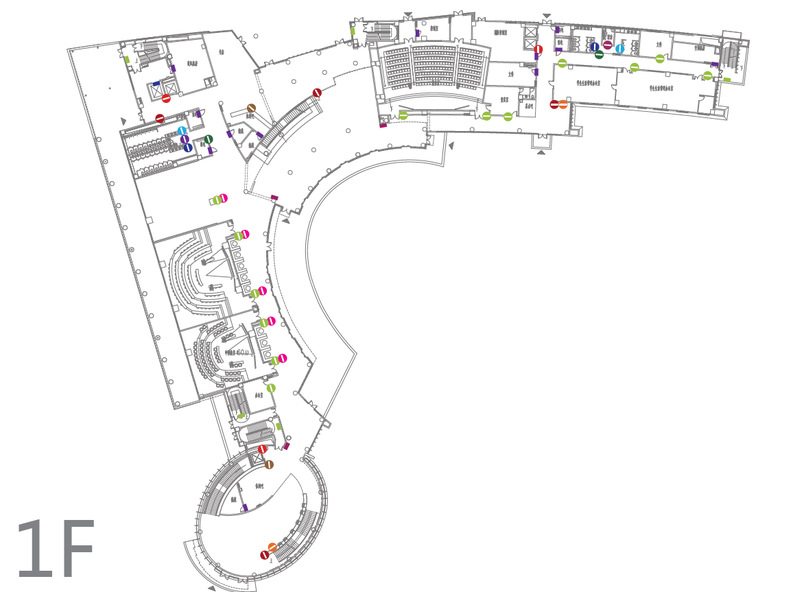